Mainiokoti Kaisla in Espoo, Finland is one of Mehiläinen’s care homes. Mainiokoti Kaisla uses the 9Solutions system designed for care homes for delivering help to residents when they need it. The solution has proved highly functional. The customers of Mainiokoti Kaisla consist of elderly people and many of them have some kind of dementia background or deficiency in functional ability that makes living at home impossible.

Mainiokoti Kaisla has been satisfied with 9Solutions especially because a customer can get help quickly when needed with the safety wristband.

At first, the nursing staff in Mainiokoti Kaisla was a little nervous about deploying the system. Now it’s already a natural and normal part of daily life. For example, an alarm from a safety wristband is answered like a normal phone call.

– Our residents press the button on the wristband often when they have some urgency or wish, or when they want to keep company or tell something, says team leader Ene Polluks. – In practice, it’s a means for us to talk and help quickly. We use it in many situations, Polluks describes.

One of the benefits from the system and wristband is the alarms it makes by itself when, for example, a resident exits the care home premises without the staff knowing about it. Then the staff is immediately notified also about the door where the resident has exited.

– Mainiokoti Kaisla has been satisfied with 9Solutions especially because a customer can get help quickly when needed with the safety wristband, Kauppinen-Hankaa points out.

Discover our other customer stories

Based on our experiences, the system eliminates ca. 80-90 per cent of unnecessary visits.

Based on our experiences, the system eliminates ca. 80-90 per cent of unnecessary visits.

More than 1,100 satisfied health care organisations use the 9Solutions system

Always glad to tell you more!

Hello, how can we help you? 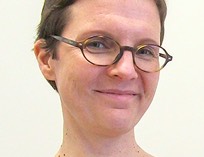 Hello, how can I help you?